Give me a pad and I will punch it. I first fell in love with kickboxing and Muay Thai back in England so when I went to live in Thailand my top priority, apart from finding a job and home, was finding a kick ass Muay Thai gym.

That place was Khongsittha, in Bangkok. 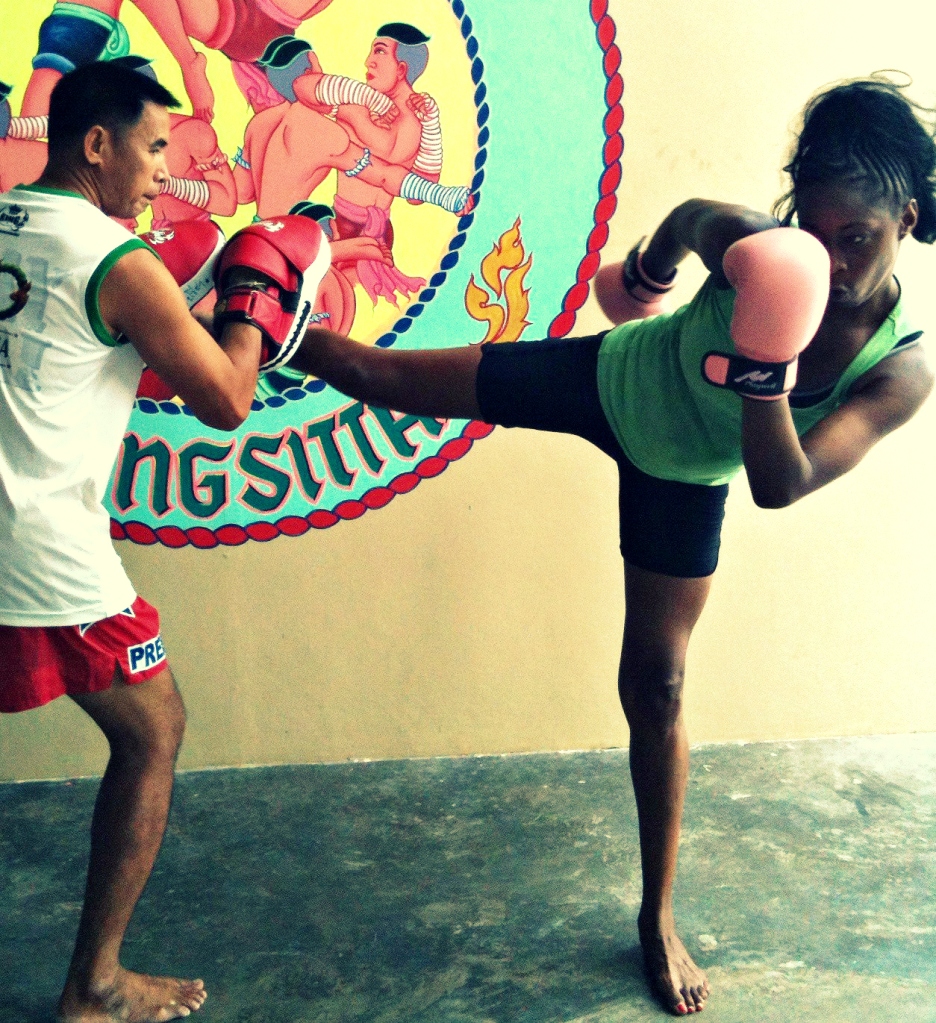 I remember my first time at this gym in the Chok Chai 4 area of the city. It isn’t near a train station so it was hard to find for a foreigner like me because anything far from a the two metro lines in the city is hard for foreigners to find. I used Google maps to direct a taxi driver there (I knew how to say left, right, straight ahead and thank you in Thai).

Everyone was curious about me and greeted me with big smiles and lots of questions about where I was from, my job, how long I had been in Thailand and how I found the gym.

They thought I was a total novice so when I got in the ring and released a seriously powerful kick onto the pad that my trainer was holding everyone stopped what they were doing, turned around and said: “Oooooooooh!” That is Thai for, “I get it.”

The trainers put me through my paces but what they didn’t know was that in England I trained twice a week with MMA champion Denniston ‘Mad Max’ Sutherland so I could of handled more. After my first class I was ready to sign up for the future. I spent 6,000 baht (about 150 euros) on 20 classes.

The gym had everything I was looking for; fighters who trained clients, new equipment, lovely female changing rooms, friendly people, a full workout from warm up to cool down and fair prices (about 400 baht a session but less when you buy in bulk). Some trainers spoke English too but that was never a make or break condition with me. When you live in Thailand you get used to communicating with actions, Google translate and Google images.

I loved training here. It was convenient because it was open for such long hours everyday of the week – drop-in training sessions take place on the hour between 9 and 12pm and 3pm and 9pm.

The routine at these sessions was always the same. Jogging, then skipping, then technique training, then pad work in the ring, then conditioning, cooldown and stretching. I always felt like every part of my body had been bootcamped and stretched. I got really strong and an eyebrow-raising pair of guns to match!

When I started going to Khongsittha it had been open for less than a year and was gaining popularity fast. One reason was because it was good and the other was because its owner was a famous television presenter in Thailand. Matthew Deane is one of the hosts on the Thai Fight show on Thai Channel 3. Guess what? A lot of females started popping up at the gym and sometimes, a TV crew did too.

One day Matt got my friends and I tickets to the Thai Fight Finals at The Thai King’s Palace in Hua Hin! Cheers!! 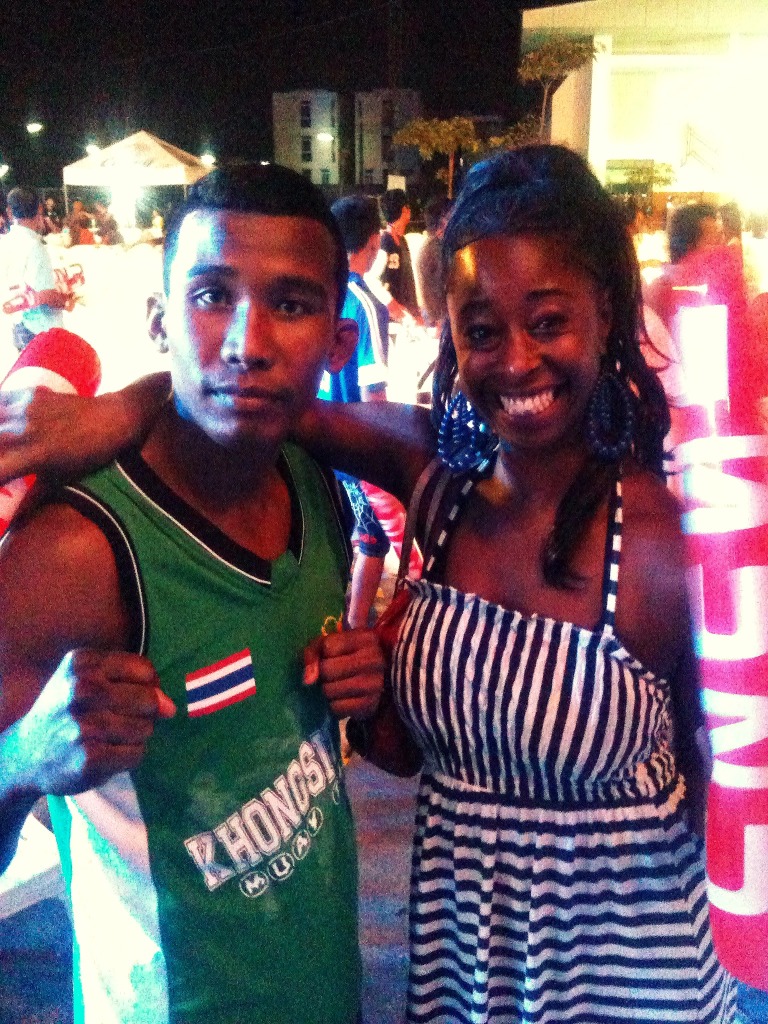 You could certainly say Khongsittha is a buzzing place. I enjoyed the evening sessions because they are always packed with people and have a great social atmosphere but what I loved was those quiet mornings when the class sizes were smaller and I could get lots of attention.